The resource nodes in Node G and M are fixed at 20 Ammo and 40 Fuel respectively, but can increase their yield as long as you have Daihatsus equipped, up to a max.

Note that if you use the Daihatsu Landing Craft (Type 89 Medium Tank & Landing Force), the bonus is instead +1 and +3 respectively. 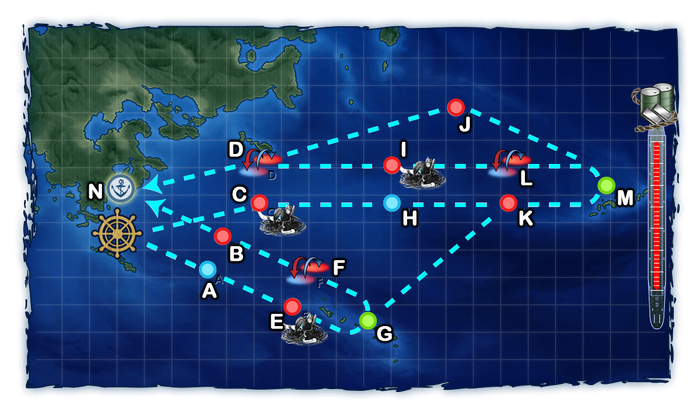 ☑ All drops (enabled)☒ All drops (disabled, only rare drops)
Retrieved from "https://kancolle.fandom.com/wiki/World_1/1-6?oldid=1135533"
Community content is available under CC-BY-SA unless otherwise noted.