Before you start the Event[edit | edit source]

The following ships and equipment have been confirmed to deal bonus damage on Node L (Phase 2 Boss):

This is a single fleet map. This map is separated into two phases: TP and HP 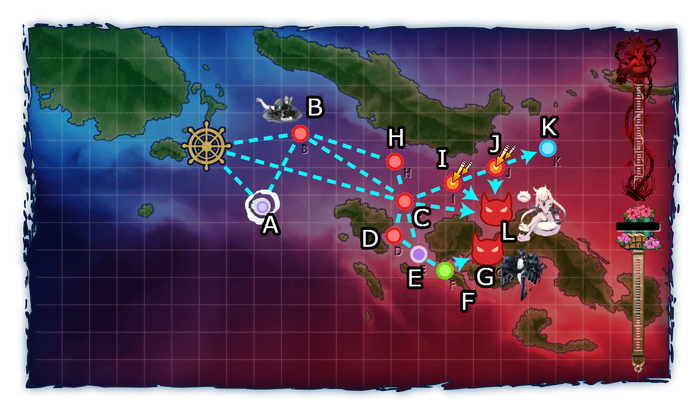 ☑ All drops (enabled)☒ All drops (disabled, only rare drops)
Retrieved from "https://kancolle.fandom.com/wiki/Winter_2019_Event/E-1?oldid=1139097"
Community content is available under CC-BY-SA unless otherwise noted.