Prohibited Ships: (F)BB, CV(B) (A fleet with any of these ships won't be able to enter the map) 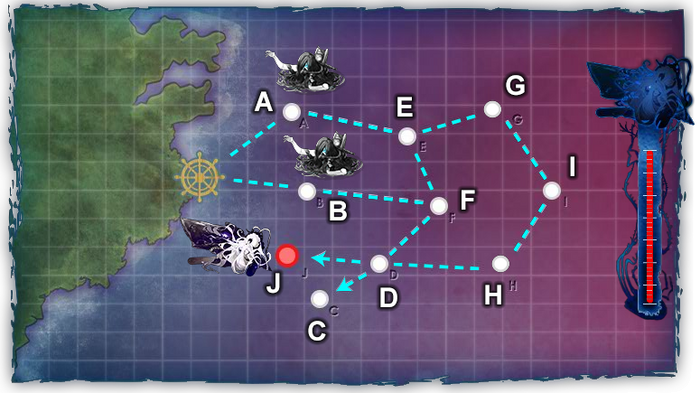 The composition of node H is not yet spaded. Inferring from other difficulties, it is probably an aerial node with Airfield Princess VI.