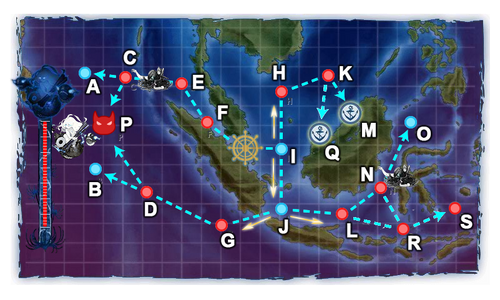 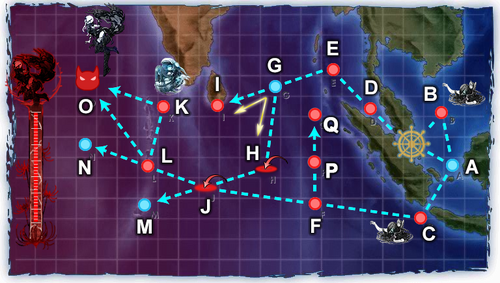 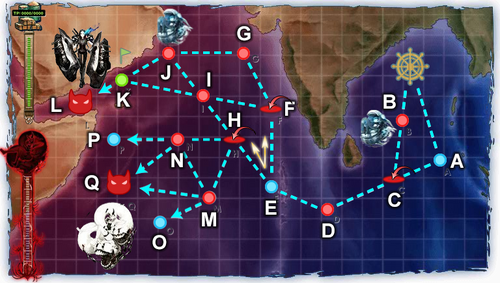 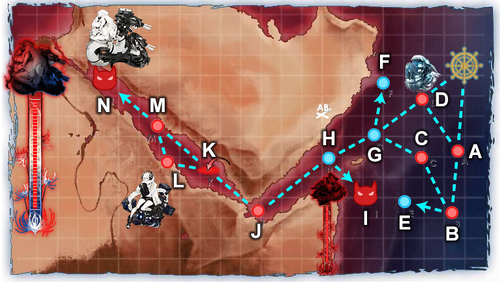 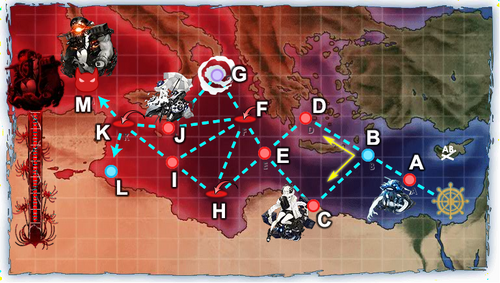 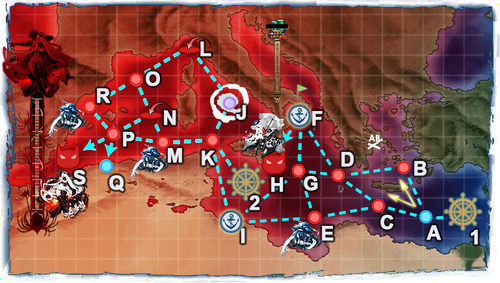 For debuff, swap one of the FBB from first fleet to second fleet. This fleet reaches debuff node O through maelstrom instead of sub node.