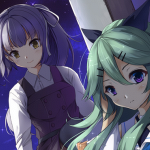 I am the mod of my wikia
Content is my body and KC quiz is my blood
I have created over a thousand pages
Unknown to anonymous users, nor known to Death Usagi
Have withstood pain against Fujihita bans
Yet those bans will never hold anything.
So, as I pray. Unlimited Tsunship Works!

Status: Currently contributing to the wikia in my own way and working with people behind the scenes on the discord. If you have any questions, you can contact me through either the wall or the discord.

Hello and welcome to my pageEdit

I am a Hashirajima Admiral with a HQ110+ who has been actively playing this game since the Winter 2016 Event. My first time coming into contact with this game is actually January 2014 and since then, I have been working behind the scenes.

I am majorly responsible for most revamps regarding the combat guides and for someone who is usually involved in strategy, I am very knowledgeable when it comes to the game mechanics. I'm also currently in charge of revamping the Equipment Guide and other things related to combat. During the event, I am usually active creating the branching rules from the information I receive from the front liners (believe me, the front liners are the true heroes). Feel free to ask me for help if you are having trouble with something.

PROTIP: Use your head if you want to try arguing against me.

My view on the worldEdit

In this KC community, I personally believe that there are only 5 people in this world:

People can judge for themselves in which group you belong or belonged to.
After all, I'm also someone who believes anyone can change for the better or the worse.

Retrieved from "https://kancolle.fandom.com/wiki/User:Tsubakura?oldid=975236"
Community content is available under CC-BY-SA unless otherwise noted.