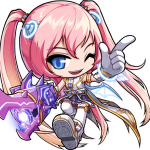 My name is My2ndAngelic. I joined KanColle since January 2014.

This page is STILL under construction. (if only I have time)

Joined KanColle since January 2014, I first participated in the Spring 2014 Event, where the AS system was introduced.

Due to the heavily changing of internet connection and since my home internet is not reliable, I usually switch between these streaming channels.

Highest level: 99 Lowest level: 1 Currently F2P player, no money has been spent since I participated this game. I don't interest in marriage system.

Retrieved from "https://kancolle.fandom.com/wiki/User:My2ndAngelic?oldid=369876"
Community content is available under CC-BY-SA unless otherwise noted.