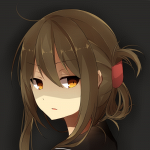 Hello, I'm an admiral from Lingga and started playing this game 2 days before spring event 2015 started. It was very addictive to me, so I spent a lot of time into levelling my ship girls and stuff. It was pretty fun to slowly get better in the game.

I remember 2-4 was pretty hard. After that, I was pretty lucky with 3-2 and 3-4 (cleared both on first try) and world 4 was also rather doable. In world 5 then, 5-3 was really, really hard for me. I didn't have any night battle equip at that point, so maybe that was a reason why the map felt so hard to me. But after 25 sorties, I managed to clear it too.

After that at some time, the 2015 summer event came. It was my first event, since during the spring event, I still didn't know much about the game and events and was busy unlocking my 4th fleet and stuff like that. So I was excited. Very excited. Sadly, I didn't know that the event would start so late (10th august...and the devs said 'early august', lol), so it overlapped a bit with exam preperation. And it started...my plan was to choose the difficulty which looks most worth it and also, to finish the event as fast as possible.

Did E1 on medium, because it was pretty easy. Chose E2 on easy because the rewards for higher difficulties weren't worth it. E3 on medium because I wanted that radar. The pre-final runs weren't fun, but well doable. I was very lucky with the last dance (didn't even know it was last dance when I started the sortie), since Yukikaze and Shigure both launched their torpedo attack on the boss and killed her. I'm glad I was so lucky, because afterward I often heard about how difficult E3 was on medium/hard.

Then E4 came. Rewards weren't good, so went with easy. Pre-final runs were really easy if you had Sanshikis. The final run however, wow. The preboss node suddenly became a lot more difficult and sent back my fleet like...3 times in a row? Was quite shocked tbh. Then I just sparkled and got through and finished it. The boss was still easy, just the preboss node was stupid.

Then E5...a wonderful map. Again on easy, since rewards weren't good (I'm seeing a pattern here). Used CAV for the good route, since I didn't have Akitsushima (and even if I did, I wouldn't want to risk retreats by using a weak ship like her).

At this point, I really wanted to get done with the event. I already knew from other reports that E7 is supposed to be hellish, harder than anything else most have experienced, and even the compass trolls with you, so I decided early on that I wouldn't do E7. So I just wanted to quickly finish E6, go farming and then start studying. And that's when I made the mistake to go with easy for E6 and missed out on the catapult ._. E6 easy was...not a walk in the park, but still very doable.

After that, my farming hunts began...first E1. After 20+ runs, I finally got Ooyodo, along with a couple of rare DDs. Next was E5...after 50+ runs, I got Roma...then after 10+ runs Unryuu from E2...next was Kiyoshimo from E4, I think? And after that, finally, Nagato, from E5^^ Now I basically had what I wanted, and my resources were also pretty low now (went into the event with 80k res each approx and 700 buckets), so did a celebration LSC: Hooray, it's Yamato!^^ My 2nd big LSC ship after getting Musashi :-P

Now, after about a week since the event started, I was basically done...so I spent the 2nd week with levelling Ooyodo and Nagato and power-levelled ABKM to Kai2. Then at some point, the event was extended by 2 days...and after that, it was again extended by 5 days or so...really, wtf?! Are the devs really implying everyone should try E7? I was also still wondering: It Teruzuki really worth this trouble? And by that, I mean THIS trouble, one of the worst maps in kancolle history? My conclusion was, that if I want my fleet to be not only good, but reeeeeeally good, like elite, then Teruzuki needs to be in my team, regardless of if she is an appropriate reward for E7 or not. So I started stock-piling, read up on reports and fleets from other admirals on the map, planned my fleet comp some days ahead (to save time) and decided to attempt the map right after finishing my exam, which was the 28th August. I had to do it all in one day because of the armor reset mechanic, since else I'd waste my resources. As a backup plan, if I failed to finish it all in one day, I would still have about a week to stockpile to give it one last chance.

The exam went very well (got the best possible grade), and so the fun started. E7. Easy, of course, but even here, the higher difficulties weren't worth it. Quickly did the armor reducing runs and then it started. I knew I had to sparkle all my ships or else I wouldn't have much chance. Also, didn't use any support expeditions since I didn't have that much resources to spare (started with around 25k each, I think?) Stupid was also that because of the compass, I had to use CVL, and among them was a lvl 60 Junyou :-P Still, the first runs worked out pretty well. As long as the compass didn't send me completely off-route, I mostly got to the boss and even managed some S ranks. After 14 runs, with LOT of sparkling sessions in between, I finally arrived at last dance.

For last dance, I actually also used boss support. I didn't know by this time that for the last dance, the armor is reset again. Though that wasn't even the problem. The compass itself sent my fully sparkled fleet to the B node. Twice. Fun! :-D But I guess it at least caused me to do the X node again and thus reducing the armor. On my third run, I got to boss, and because BOTH Yukikaze and Shigure failed to do their torpedo cut-in at night, AA hime survived with 14 HP =_= On the 4th run, I used FCF on preboss node for Shigure+Choukai, and so, at the end of the boss battle, AA hime survived again :-/

Then came the 5th run...I was sent to B node again...-_- Went to X, S ranked it. Everyone was in good shape, so I continued. Went to north again, over submarine node and J and M. Actually arrived at the boss, though, because of the long path, I was suffering a significant ammo penalty here. And it got obvious during the boss battle. Most of my ships got rekt hard. From my escort fleet, only 2 ships weren't taiha, meaning only 2 ships, Choukai and Kirishima, could attack in night battle. On the enemy side, AA hime, BB hime and a Ne-class cruiser were still living. Oh boy. So, clicked night battle...then suddenly...Choukai attacks. It was not even a cut-in, just a normal double attack at night. She actually focusses AA hime instead of the two other ships. And finishes her off. JUST LIKE THAT!! AA hime still had more than half of her life, and yet, Choukai didn't care and just killed her off. WOOHOO! Done! Done with this sh**! Oh hello, Teruzuki!   ....In the end, I spent 16k fuel, 11k ammo, 11k steel, 5k bauxite and 115 buckets on this map. The resource costs were still ok, but the bucket cost was really pretty high, for just one map. But from other reports, I already expected these costs. The other annoying thing was that every experience any of my planes gathered from the new proficiency system was instantly bombed away by AA hime. iirc even Hiryuu's 36 slot was wiped clean once. So in the end, how was the map? Doable, actually. I mean, for the prefinal runs, I didn't even need support expeditions and my team had it's weaknesses. Still, undeniably, the map was annoying. The compass was annoying. Why couldn't they just give fixed routings? Next, the requirements for the routings were stupid. Using surface task force resulted in a pretty ugly route, so you had to use carrier task force. And if you didn't want a really ugly node, you had to use 2 CVL :-/ And the worst thing is the armor reset thing. I forces you to either do it all in one day (which probably isn't healthy), or to waste a lot of resources. It sure made things more interesting and memorable, but still it was a d*** move, at least like this.

Retrieved from "https://kancolle.fandom.com/wiki/User:Mumei-chan?oldid=729973"
Community content is available under CC-BY-SA unless otherwise noted.