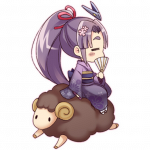 Kancolle player with Finnish nationality and who likes Japanese animation.

Note: Based on before-after resources as provided by linked videos and pictures on this page

Retrieved from "https://kancolle.fandom.com/wiki/User:FinnOtaku?oldid=1053433"
Community content is available under CC-BY-SA unless otherwise noted.