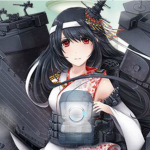 My Naval Base is in Saiki Bay Anchorage. This Naval Base lead by Admiral Farmuhan and his Supreme Flagship Fusou

As Admiral from Russia, The Ideology used is Communist but lead as Dictator in this Naval Base. Because Communist is dead, so i try to make a new one. it's Called Farmuhan Bushido

Farmuhan Bushido is the strategy that the fleet must High Level, Heavy Armed and Heavy Armored with Air Supremacy and can do Jack-all-trade at the same time

This Bushido have law, The Admiral Farmuhan is their Law. The Admiral is allowed to commit sexual harassment and Violence to all Shipgirls who live in this base and all Shipgirls prohibited to refuse until Admiral's desire fulfilled

What a nice Naval Base that i make

Retrieved from "https://kancolle.fandom.com/wiki/User:Fajarmf94?oldid=1018789"
Community content is available under CC-BY-SA unless otherwise noted.