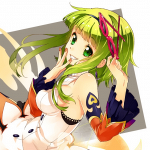 In the beginning I was leveling all my ships at the same time, so I developed a High HQ level with non High level Kanmusumes. That made my life as admiral a living hell because (on that time there were non "level selection" feature) the enemy was too strong some time.

After 2016 my girl's level rose and I began having better times, specially thanks to the level selection feature. And I adquired my first extra ring. Since them, I already have 11 wives:

Other ships at lvl 99 ready to marry are:

So far in the game I have lost only 2 ships: my first Shigure, and my first Jintsuu.

Here Some of my Statistics.

Thanks to Akashi and the Events since 2014 I have been able to craft and get some rare and Not buildable equipment.

I have 2 Chitose sisters because I have them in AV and CV mode. I am thinking in doing the same with Kumano and Suzuya because their new Kai Ni. Also I want to get another Kamoi to have her as AO and AV.

About the submarines: they are the daily quest work girls, going time and time to 2-1 and 2-2, sinking transports & CLVs. In addition, by having over 10 submarines allows you to have almost 2 fleet to keep the sorties coming and going non stop.

About the Equipment, I don't have the entire collection of equipment, thatnks to the Devs, because some equipment is Ranking Reward and they haven't release it up from some years.

There are alot of good girls in the game but for each class I have my favorite ship. The Akizuki-class should be reclasified as DDAA, perfect for clearing the air with lead. The Asashio class is the newest favorite class thanks to their new Kai Nis, being able to perform OASW, AACI and Transport, they have become the jack of all trades DDs. The Mutsuki class have been having some love from the Devs, at least 4 of them are usefull as transport and DDAAs. The Shiratsuyuu is my favorite class of all (not counting the stats)... They arts, voices and characters are the best. I am a little sad because Samidare and  Suzukaze's artist hasn't made anything new for them since long time. The Yuugumo class is the "Get them all" class, right now they don't have any kai ni, but their arts and voice lines are so cute.

About the CLs, the Nagara class (Kuma Kai and Nagara) are my favorite thanks to Isuzu and the CLs that can perform Torpedo OP and by default all the torpedo cruisers are the best. The Katori class despite being a 4 slot cruiser class i think they really lack stats. (Personal Note: IRL i am the owner of an Isuzu Trooper II Mod. 1988 Special 4x4 2600cc ... Man, I love that car). Also I think Isuzu and Ooyodo are very useful.

In the topic of CAs, there is no doubt: Prinz Euge and Zara are the masters of the classes... Followed of course by the Myoukou class and the Kai Ni Takao class as CA-AAs. Now talking about CAVs, the best so far is the Mogami-class.

In the field of battleships and aviation BBs, Fuso-class and the Foreign BBs are my favorites.

Now about CVLs and CVs my favorites again are the foreigns and the Jun'you class.

Retrieved from "https://kancolle.fandom.com/wiki/User:Dieragon?oldid=904991"
Community content is available under CC-BY-SA unless otherwise noted.