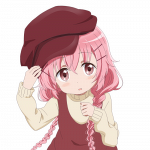 Ship to be married:

(The first girl I will give my ring)

Other Plans: Getting more space (200 slots to be exact), extra docks, Marrying others (the Harem)

I am just an ordinary Teitoku from a certain archipelago in the southeast region of Asia.

I do weeklies and monthlies now thanks to screw shortage.

- Arashi and Oyashio for the next event.

Plays Kancolle at the start of February 2015 because of Anime.

- The anime sucks, The game was better.

- Will rewatch Anime for lulz.

But more likely, many of the ships are sis-cons or well, loves the Admiral too much.

Ship girls are somewhat a mysterious characters for they embodied a soul and imbued a mechanized body. But they had feelings and aspirations. They get angry, frustrated, happy, sad, disappointed, etc. and they are made for war yet also human.

While the timeline is somewhat vague and the opponents are somewhat vague, It feels that we TTKs negative emotions and the ship girls who sunk with regrets are being reborn as Abyssals. And adding to that, the continuous cycle of love and hate bears fruit and thus gives birth to a savior or a monstrosity.

While the TTK has a secretary ship, what actions does a TTK does to his Secretary? Was he asking for something? Was he being a guide? or Was he being a pure pervert? Indeed we can think of many things but since they had limited lines all we can do is assume everything else.

Kancolle is starting from the east... Now we got German ships and Italian ones, when will the allies come to the base? Or we'll wait for the possibility that Adobe will retire first before everyone was sent out?

Am I just a talkative guy or just pure noisy... It's up to you.

K2 Badge for keks
Retrieved from "https://kancolle.fandom.com/wiki/User:Arvin30p?oldid=836015"
Community content is available under CC-BY-SA unless otherwise noted.