I've decided to go for a fleet that only gets A-rank at the boss, with more chance to reach the boss and let Friend Fleet handle the whole A-rank thing.

I am not sure how to recommend a fleet myself as I'm still testing out mine. But here is mine. (Don't follow it please) 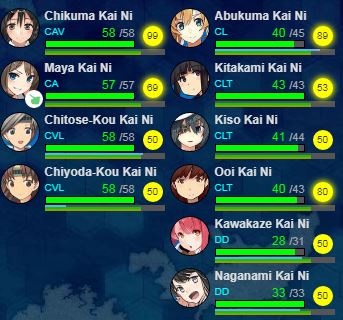 The key ideas are:

The problem I can see for your fleet: