Map during the first HP phase at node J

This information is based on user submitted data and is subject to revisions as more data is gathered.
Mapwide

Part 0: Before you start, especially if you wish to do Medium/HardEdit

The following section discusses a mechanic present in this map that is exclusive to Medium and Hard difficulties. If you tackling this map on Casual or Easy, the information here does not apply to you.

When LBAS raids occur in this map on Medium and Hard difficulties, your bases will be subjected to attacks from High-altitude Abyssal Bombers. When defending your bases against these bombers, an additional modifier is applied to the total defense air power of your land bases; this modifier is influenced by the total number of rocket-powered interceptors present on all of your bases:

Both Medium and Hard require you to obtain Air Superiority (AS) on air defense against the enemy's air raid. The AS values required are as followed for all possible compositions.

There are 2 (3 for Hard) instances when you need to achieve this: unlocking the final boss

(Part 2, Hard only), unlocking the 2nd starting point & shortcut (Part 3), and unlocking the debuff while the boss is at her Final Form (Part 5). 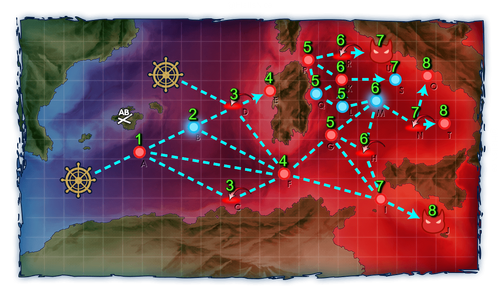 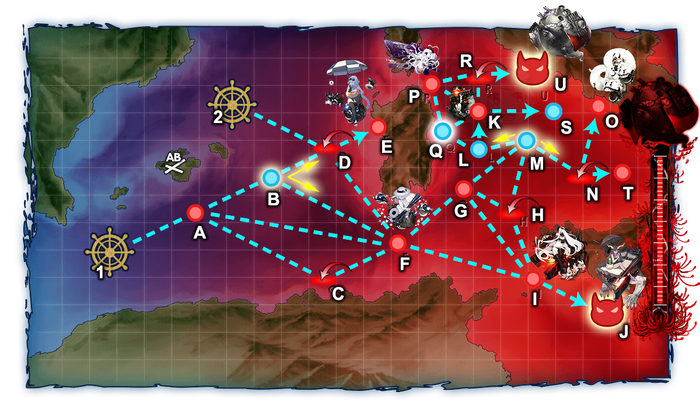