The following are ships with noticeable bonuses Mapwide: 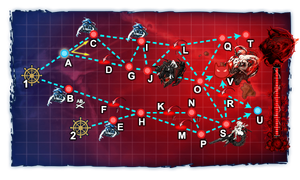 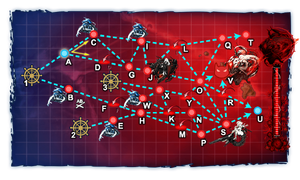 Notice
As mentioned before, each combined fleet gets its own lock and you will be forced to lock ships to each fleet to open the starting point. You will be finishing off the boss node with a STF so plan your ships accordingly (keeping the ships that deal bonus damage to the boss node for this fleet is recommended).

Part 2: Beat the boss starting from the new pointEdit 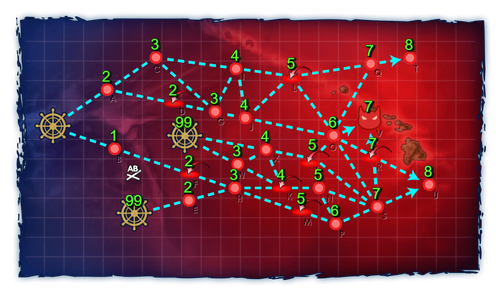 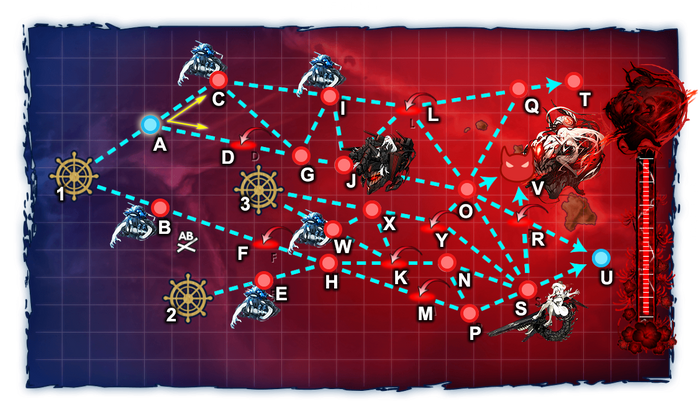