The following are ships with noticeable bonuses throughout the map: 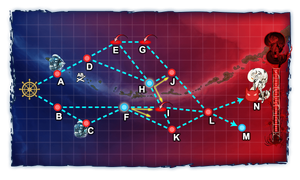 Map during the first phase at node N 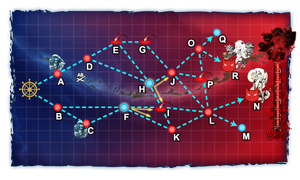 Map during the second phase at node R but no 2nd starting point nor P->R shortcut. 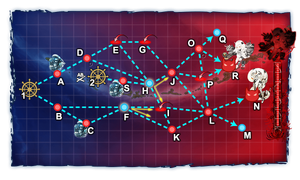 Full map after unlocking the starting point and the shortcut