The following are ships with noticeable bonuses in E-2: 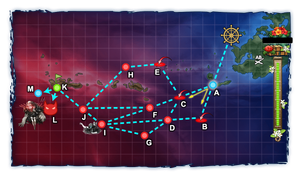 Map during the first phase at node L 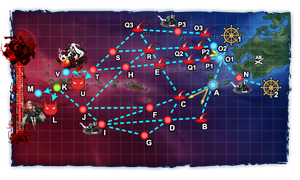 Full map after unlocking the second phase at node U

Friend fleet must be manually toggled from the Home port (see below) in order for it to appear at the boss node. You can request for a stronger friend fleet at the price of 6 flamethrowers; however, the definition of "stronger fleet" is still unknown. 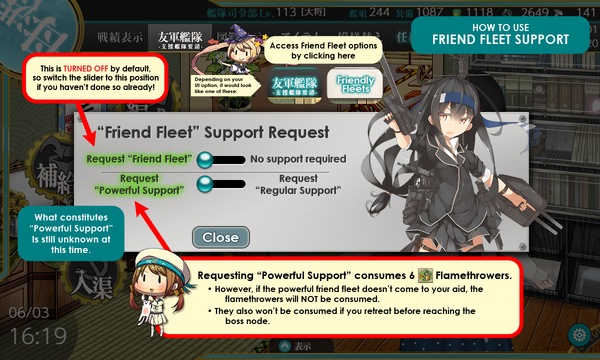 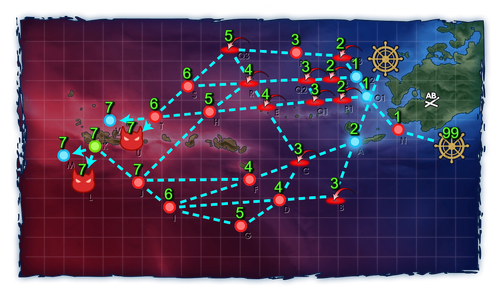 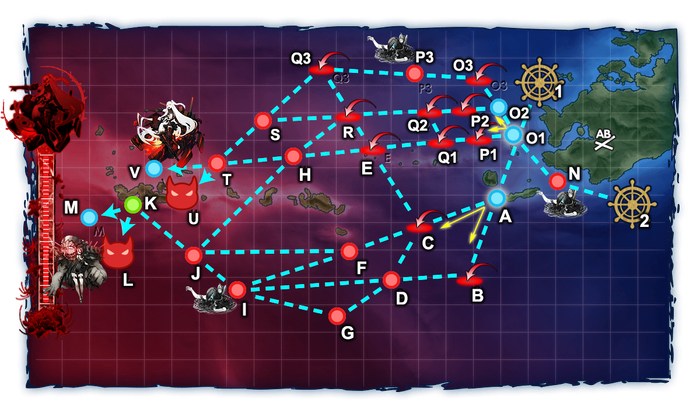