Her flamboyant hair style and her holding a flagpole refers to her design as a flagship from the outset.

Due to her design as a flagship, she only has 8 twin 5in/38 cal secondary guns(2 fewer than her sisters), in exchange for 1 extra level on conning tower. Because of this unique trait, while most other battership girls in game sport a hair ornament that resembles top of their superstructure, South Dakota would wear her conning tower as, one can only describe, a 15-inch thick steel helmet. The top of her flagpole would resemble top of her superstructure. (Closeup image of South Dakota's superstructure)

, is seen on her right shoulder. Persumably second half of her call sign, Bravo

There is an eletrical switch on the left side of her gear, which can be observed more clearly on her damaged art. In her kai art, a yellow warning stripe is taped over the switch, referring to her infamous short circuit incident during the second naval battle of Guadalcanal.

From base art to kai, her outfit and gear changes color scheme to deck blue, referring to her historial counterpart adopted MS21 camouflage for majority of her career. 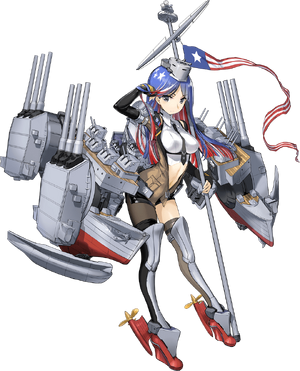 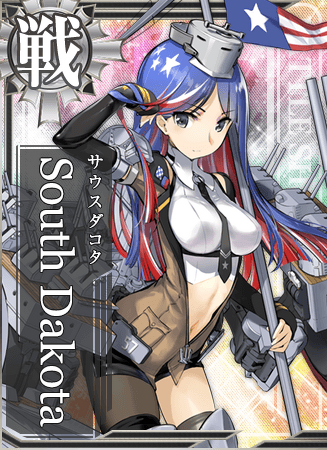 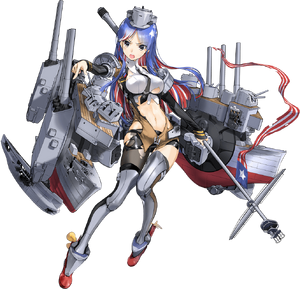 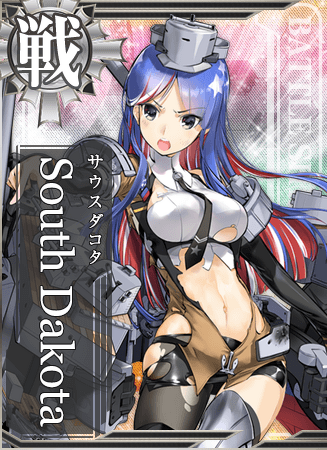 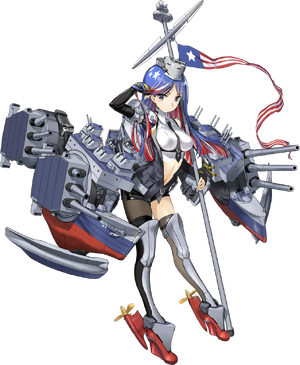 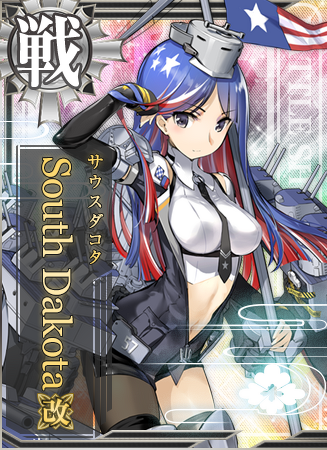 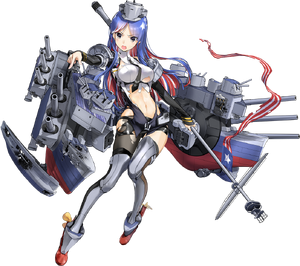 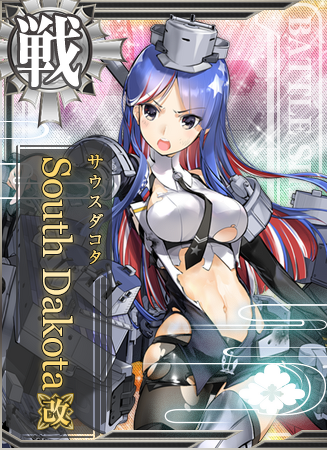 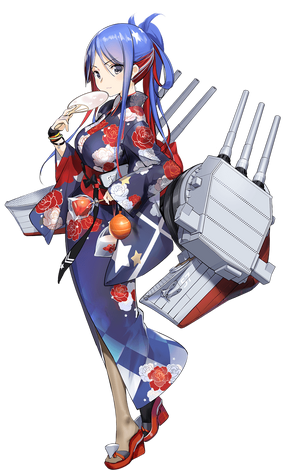 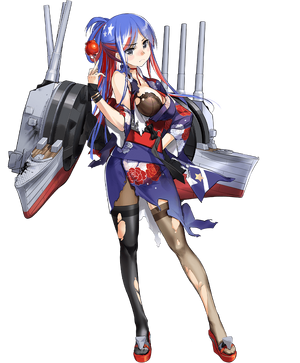 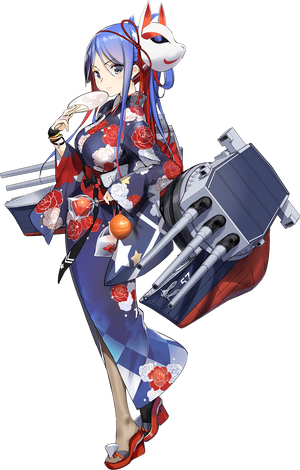 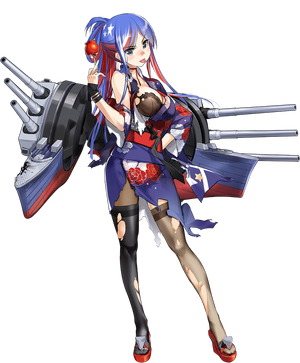