Additionally, the following equipment has additional multiplicative bonuses in specific nodes.
Note: Unlike E4, multiple Muratas equipped will not give a bigger bonus.

E-7 has 3 unique locks for Hard Mode, with each lock applied depending on Fleet Type:

Ships with different tags will not be able to sortie together.

While tags will still be applied while doing lower difficulties below Hard, they will not be enforced and all ships are able to be used.

Do the following to unlock the 3rd boss node

There are a many approaches towards the boss route, with trade-offs between routing, power at boss, air power, escort strength, and main fleet strength.  Admirals are advised to find best the approach that fits their fleet and equipment situation.

Do the following to unlock the debuff after the boss gauge is in the final kill state (at or below 888 remaining).  There is no indication all requirements have been completed until revisiting the boss (Boss sprite will change slightly).

Recommended for completion on Hard.  For other difficulties it is advised to gauge fleet strength before deciding to dedicate time/resources to completing the additional objectives.  This grants a post-cap modifier on attacks against South Pacific Aircraft Carrier Princess. 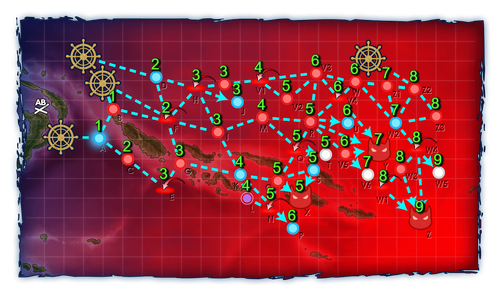 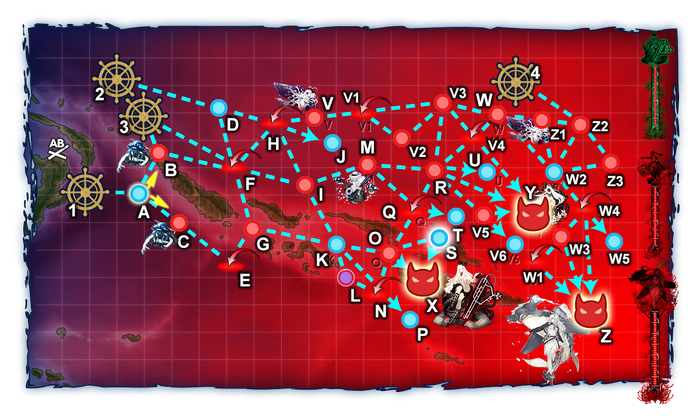