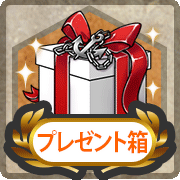 Present Boxes can be found and opened in the player's inventory screen. Upon opening, the player is presented with three options to choose from, of which only one may be picked:

How to Obtain[edit | edit source]

This would notify you that you've received a Christmas gift: 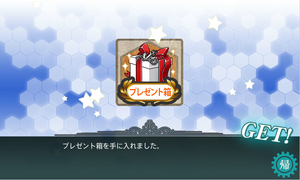 Unless specified, all drops are from the boss node.

Retrieved from "https://kancolle.fandom.com/wiki/Present_Box?oldid=1076675"
Community content is available under CC-BY-SA unless otherwise noted.