Edit
For any question about dmm apps, please refer to FAQ

KanColle is now available on both Browser and Android!

The Browser and Android App will be synced into one same account as per your DMM account.

KanColleAndroid is made available to all players since August 1st, 2016. Beta and pre-beta information can be viewed by clicking the "Expand" button below.

During the pre-registration period , on your main menu screen, there was an option on the top in the second button where you may register for the Android Lottery.

Players who set the Lever in the Registration option as "Registered" are placed into a lottery where random players of ~100,000 will be chosen to be able to start using the KanColle Android App first. (Devs said they're working to let as much users to be early users as possible). The result of that lottery will be communicate later.

The Pre-Registration ended on the 11th maintenance.

For some users, even after being registered into the lottery, it might turn red again on the next login. If that happens, it's recommended to do it with a different connection, clear cache/cookie, and use DMM page instead of the API connection.

Success notice translation (via Rephira): "Thank you very much for applying for the "android pre-registration". Following the lottery, you have been chosen to participate in the beta test. We will be sending access to you as soon as the beta version of the android is ready."

According to this comment, irrespective if you have either won the pre-registration selection or not the BGM played is this sound file.

A full transliteration is also available via clicking on the [Expand] button.

Known Problems about the Android Client[]

As of 22nd June Update, some Bugs and Errors have been fixed for KC Android as listed below:

NOTE: Even if your phone does meet the requirements stated above, it may not still be able to support the App, depending on the phone model you are using.

No VPN required unless DMM is blocked by your ISP/government/etc.[1]

You can also scan this QR code to go straight to the above site: 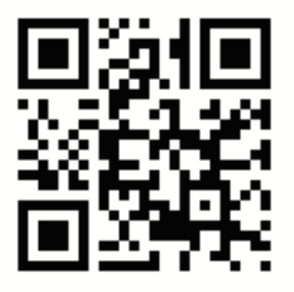 Screenshots of commonly seen messages. Read these carefully before you ask!

Make sure that you log out of the PC version before going further.

First identify the error messages listed in the previous section. Take the recommended action and see if it helps.

If the problem persists, try the following from top to bottom (if one item doesn't work, move to the next):

If all else fails, make a post below with the following info:

Do I have to start playing all over from scratch if I play on the Android version?[]

No. As mentioned above, the Browser Version and the Android Version will be synced to your DMM account, where you will be available to continue playing on your one main account on both versions.

Is the Android App safe to use? Will I get banned if I use it overseas?[]

No reports of Android users getting banned so far.

According to a media report, a DMM staff had claimed that it's difficult to link the browser version's data with iOS apps, so even if they release an iOS app it would only be a separate version.

However, someone else had later asked the DMM staff the day after, and they had claimed the above response is not official. Some other DMM browser games do in fact have an iOS edition with shared data.

Note that currently there are some third party solutions that exists which could allow players to play KanColle on iOS, but using these tools may incur risks like account security or abnormal traffic against the game server which may result in the game administrators giving punishment against the related accounts.

Can I play the Android game outside Japan?[]

Log in with your DMM email/pass instead. KanColle Android app currently does not accept alternative log in methods.

I am a new TTK and I cannot register via Android[]

New registrations are now also accepted on KanColleAndroid as of Dec 9, 2016[5].

However, bear in mind that the Android version is relatively new compared to the Browser version and therefore lacks definitive methodologies in various areas (such as Troubleshooting).

It is thus recommended to sign up via the Browser version (and finish the 5 tutorials) before playing on KanColleAndroid.

Make sure that you've selected a starter ship and completed the 5 tutorials on the browser version.

It has been reported[6] that failure to do so will trigger Message #04 (communication error) and prevent the user from reaching the Start Screen.

How do I take screenshots[]

To take screenshots of the game, press and hold the Power + Volume-Down buttons till you hear a sound effect (or flashes on some models).

For phones without volume control buttons, try holding the Power + Home buttons instead.

(KCAnotify only) I don't see translated messages for KanColle[]

Update both the app as well as database assets, do not update just the app itself.

All the devices listed below are devices that are confirmed to work. Devices not on the list are not tested and thus not guaranteed to work. (They might still work)

Note that since KanColle is a Japanese game, all the models listed below are Japanese model. Even if some of these models have international counterparts, they might still use different hardware and thus their compatibility could be different.

Shiratsuyu got a special CG to celebrate the release of Kancolle Android beta version.