Map during the first HP phase at node M

Map during the second HP phase at node O

All ships with bonus have their bonus increased to 1.32x for Node O (Second Phase)

The Armour of the Ne Kai jumps from 144 in Easy Difficulty to 222 in Medium Difficulty and 255 in Hard difficulty. If you plan to do this map in higher difficulties prepare to lock ships with damage bonuses to take her down.

If you've made it through the first boss the 2nd boss awaits you right away without any further unlocking required. With a sufficient number of historical ships this phase will feel easier to complete than the first part of the map.

A certain number of historical ships might also be required to avoid certain pre-boss nodes, this is however still under investigation. 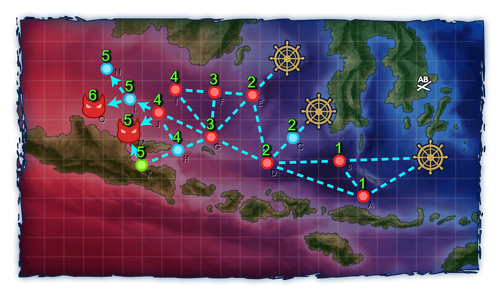 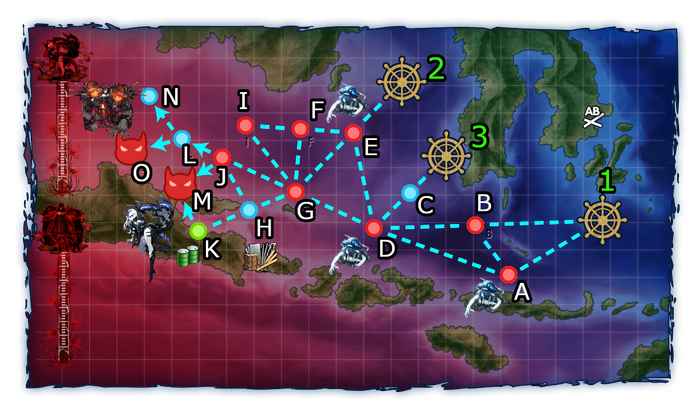