Move the main fleet to the operation zone, and establish LBAS at the frontline to support the operation! We will intercept the enemy fleet. Commence Operation Sho-go!

E-3 is composed of Three Parts for you to accomplish in order to fully clear the Operation.

The most powerful attacking force during the Battle of Leyte Gulf led by Takeo Kurita. Members of the Kurita Fleet will gain a post-cap damage bonus on node G.

Members of the Troop Transport Unit will gain a post-cap damage bonus on node J.

The Northern Force led by Jisaburō Ozawa during the Battle of Leyte Gulf. Members of the Ozawa Fleet will gain a post-cap damage bonus on node S.

Note: Keep in mind that the historical requirement requires you to bring the whole set of either the Troop Transport Unit or the Shima Escort Unit during the 2nd Phase, mixing them will not fulfill the requirement. 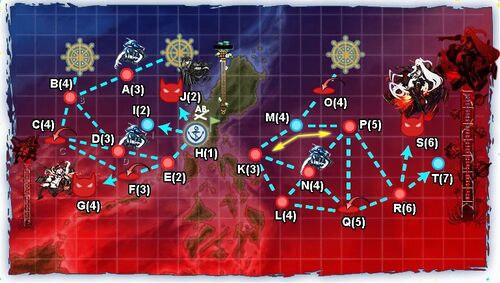 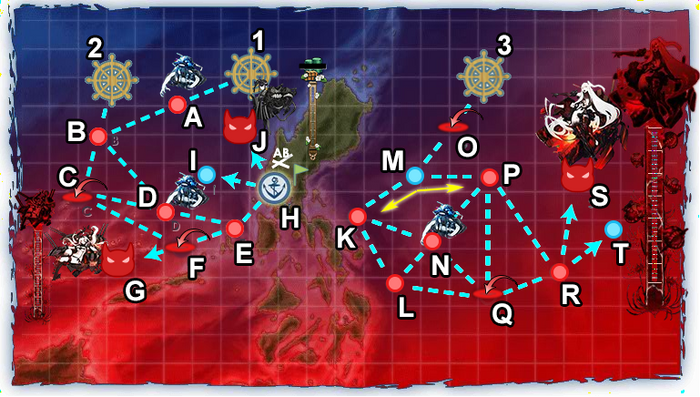