If you see long colored boxes and not round nodes, clear your cache to see the updated styles.

Defeating a certain amount of PT Imp Packs within the Map will weaken the Boss: Destroyer Water Demon.

Other Notes to take on Debuffing: 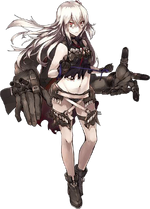 Boss after debuff during introduction
Add a photo to this gallery

Click the small arrow next to the header cells on the first row to sort by ship types/names (Type/Ship) or group drops in that particular node together according to ship drop difficulty (A, B, C, etc.). You also can multi-sort.

To increase the accuracy of symbol-marked fleets, please submit the relevant screenshots to this thread. 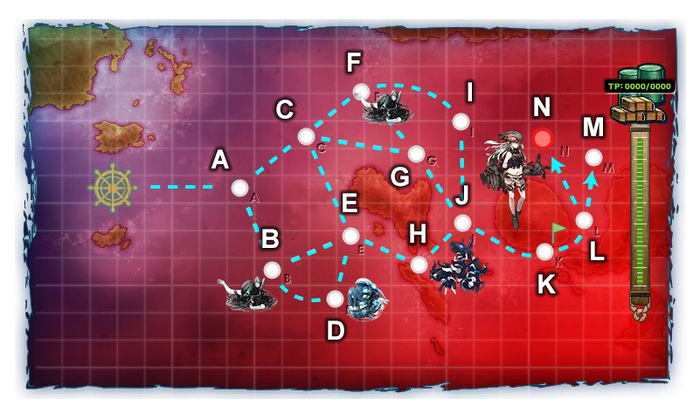