The Italian Navy during the 2nd World War.

Members of the historical fleet will enjoy a damage bonus of around 1.2 ~ 1.3x at V L O S T U. In addition, it has been confirmed that there is no historical routing

. On hard mode, you will need 6 and a combination of at least 4 French + German ship for best routing at 2nd phase of E-5; check your requirement on E-5 tab for other difficulty. You can have an additional 6 for Phase 1 but this is not necessary. Pola

are the only 3 historical CA available and can provide a lot of flexibility in ship composition.

NOTE: Not all these steps may apply to lower difficulties.

The boss herself is not a pushover. However, it has been observed that the following equipment have post-cap modifier damage against Dock Princess 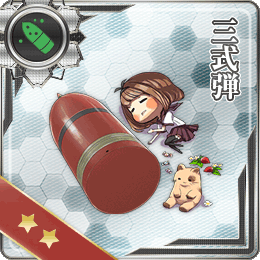 a better option than AP shell 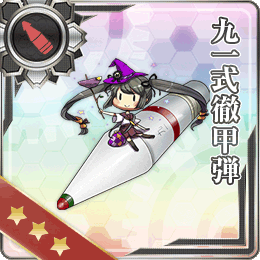 As mentioned in Map Guide. Please remember that these are early compositions that works. It is not in anyway optimal.

The focus of the first phase is the clearing of the TP gauge. The boss is located on node L. LoS requirement is around 10 for a combined fleet (possibly lower).

This is the shortest route possible to the first boss.

Not using a CL in the main fleet will cause random routing between B and D.

Completely disregards the possibility of the shortest route, allowing you bring a stronger fleet.

Disregarding TCF entirely and bring STF. More viable for Easy and Casual players who don't have to deal with ship-lock.

In the second phase, the focus is the unlocking of the 2nd boss.

The focus of the third and final phase is the destruction of the 2nd boss. Remember that while there is no historical routing, bringing Italian ships will be beneficial at the boss. There are two options: unlock the alternate route or do not unlock. Other than the first three compositions below, every other compositions only works if and only if you have the alternate route unlocked.

Not using the alternate route:

Fleets used to defeat the 2nd boss. Keep in mind that the use of Italian ships is recommended for bonus damage against the boss.

1. Unlock nodes W and V through A+ rank nodes G and S:

Avoids node C, but has restrictions to the number of carriers you can use. Surface Task Force.

This option completely disregards the branching rules and allows you complete freedom as to how many carriers you want to bring.

A small detour with an extra aerial node, but it does allow a CA over CL. If you have Zara or Pola, this is where you can use one of them (keep another for Phase 2 E-5); or use neither.

Considerations for this route:

Submarine composition for chipping at the boss gauge. Unlikely to sink the boss.

Map after depleting the TP bar but without the second boss node U unlocked.

Map during HP phase at node U but no alternative route unlocked. 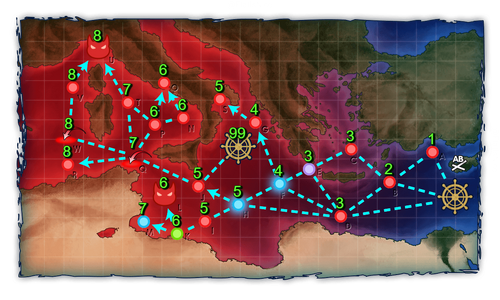 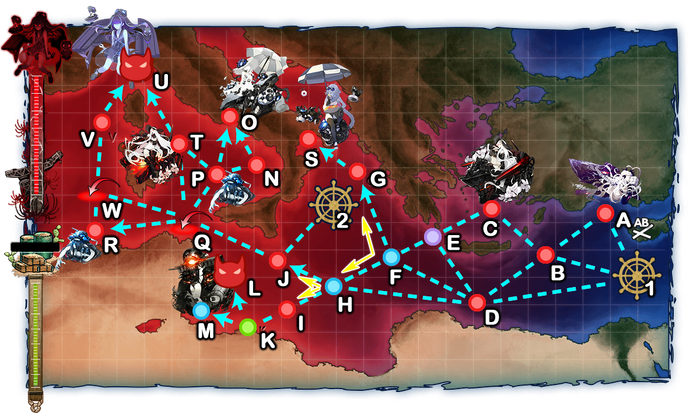