All kanmusu & Abyssals are redesigned for the anime

The series is split in half

As is the usual practice, physics is bent as necessary for viewer expectations, dramatic effect, & so forth.

Arrows transmorgify in a yellow aura after shooting into aircraft

The basic Kongou-class armaments can fire in the X-form or compact form.

Abyssal remodel is indeterminate unless noted

The Abyssal aircraft launch in a mini-form, then enlarge within a yellow aura

The Naval Base has numerous fleets, but naturally, only the fleets Fubuki interacts with are ever seen deploying

A port is not necessary for departing or demounting equipment

Beaching does not exist

There is no hospital - only the docks

The end of episode twelve confirmed a sequel.

Sequel In the Works!! 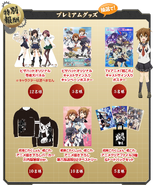 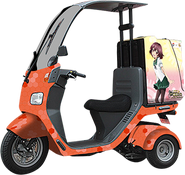 In each episode, the end of the commerical break has an illustration by a kanmusu artist

Retrieved from "https://kancolle.fandom.com/wiki/Anime/Notes_%26_Trivia?oldid=1023947"
Community content is available under CC-BY-SA unless otherwise noted.